At CCF, we take the health and well-being of our colleagues seriously. To this end, we as a company have invested in training mental health first aiders (MHFA) in the workplace; not only to help our colleagues prioritize their own mental fitness, but guiding them on how to approach and support others who may be struggling. 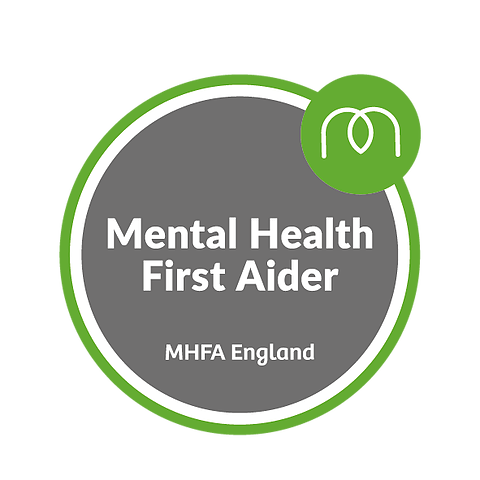 We asked some of our colleagues at CCF to share their reasons for becoming a MHFA and what it means to them:

Marc Brown, Branch Manager at CCF Leeds, says he chose to become a MHFA to understand how to help himself and others. “I often fail to speak out about my feelings, bottling things up and trying to deal with things internally. I’m aware that being more open and empathetic is important, so I signed up for the course to not only help myself but to also understand and help others who might be going through issues.” He comments on how the MHFA course taught about the importance of body language when helping others. “The course opened my eyes to how my body language is perceived by others. This self awareness further supports me to more effectively identify early triggers or signs in others, that can indicate the different types of mental health struggles people may be going through.”

As part of the initiative, colleagues who choose to become a MHFA go through a robust training course. One of the key aspects of the course that was valuable according to Andy Moores, Regional Account Manager at CCF, was the Assess Listening Give Encourage Encourage (ALGEE) module. Andy says: “Terminology and the words we use when talking about mental health is vital. Each individual could be facing a mental health struggle that we don’t understand, but it is important that we listen and encourage others to speak out.”

While MHFA are not a replacement for professional treatment of mental health issues, “MHFA can try to encourage colleagues to start conversations, be there to listen and support, and direct them to the appropriate help and resources.” says Jenny Manaher, Branch Manager at CCF Borehamwood. It’s important for workplaces to have MHFA, and by having trained MHFA at CCF, Nat Pearce, Branch Manager at CCF Southampton, adds: “We’re able to better see the signs when a colleague is struggling. As MHFA, we’re not here to treat people but instead to point people in the best direction to get the help they need.” Simon Williams, Branch Manager at CCF Nottingham, shares why it is important to talk about mental health in the workplace, saying: “We all face challenges, both personally and professionally, and to ensure we’re at our level best at work it’s important for colleagues to feel valued. Giving team members the opportunity to talk to people around them about what is on their mind will ultimately improve productivity and wellbeing.”

Going forward CCF will be looking to bring in a variety of measures to the business that looks to uphold our promise of keeping our colleagues safe. Not only will mental health first aid courses be provided for all managers throughout the business, but a directory has been set up throughout the Travis Perkins Plc group for those to speak out on whatever struggles they are facing. Additionally, a wellbeing group has been created in order to continue the conversation about mental health; demonstrating CCF’s support to our colleagues, customers and suppliers.

For more information about some of our MHFA at CCF and their experiences, watch the video on LinkedIn and follow us on Twitter