Vehicle livery of the year


At the beginning of June, Travis Perkins Plc won ‘Livery of the Year’ at the Motor Transport Awards for the promotion of charity awareness through livery on the TP group vehicles. Matt Bone, CCF Heathrow Branch Manager and Richard Ellson, CCF Northampton Driver, Travis Perkins Plc Driver of the Year were in attendance for the event. 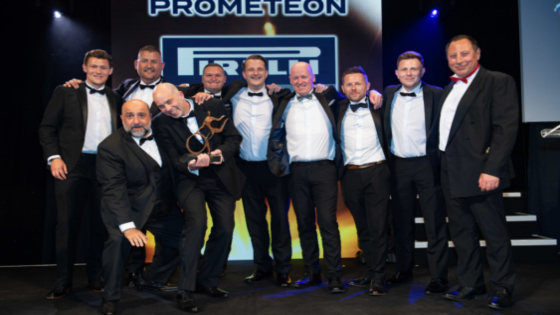 CCF continue to show the dedication to our chosen charity. Last year we added to our fleet an Alzheimer’s Society branded artic lorry. We now have 3 branded lorries across the Midlands and in London South East. A further two branded artic lorries are due to be released later in the year in the South West and Northern regions.

"It is a privilege to be able to collaborate with Alzheimer’s Society, and we are proud to display the charity’s logo alongside ours on this specially designed CCF artic lorry."
Dean Pinner | Managing Director at CCF

The business has been supporting the charity since 2016, and this year we are pleased to announce we have increased our fundraising goal to £120,000. Hopefully we can raise even more awareness and pride amongst staff and the wider community with the branded lorries, which is sure to turn a few heads!


3 branded lorries
across the midlands &
in London South East.

“There are currently 850,000 people living in the UK with a form of dementia. If we don’t take action this number is predicted to rise to over two million by 2051. So many of us have first-hand experience of dementia and know how devastating the condition can be – that is why we are grateful to companies like CCF for committing to raise awareness and create a more positive future for people affected by the disease.

We would like to thank CCF for such a fantastic opportunity to make the UK a better place for people affected by dementia.”
Chris Stokes | Senior Regional Corporate Partnerships Executive at Alzheimer’s Society

Details of CCF’s fundraising progress for the Alzheimer’s Society can be viewed at Justgiving.com/companyteams/CCF-2019.